I Love Fruit And Veg From Europe > Products > PRICKLY PEAR

Opuntia ficus-indica, the Indian fig opuntia, fig opuntia or prickly pear, is a species of cactus that has long been a domesticated crop plant grown in agricultural economies throughout arid and semiarid parts of the world. It is grown primarily as a fruit crop. Originally from Mexico, it is widely grown in Spain and Southern Italy, especially Sicily, which after Mexico is the second area in the world for its cultivation.
The fruits are eaten raw, and have one of the highest concentrations of vitamin C of any fruit – they were once used to prevent scurvy. The “leaves” (or cladodes – technically stems) are cooked and eaten as a vegetable known as nopalitos in Mexico. They are sliced into strips, skinned or unskinned, and fried with eggs and jalapeños, served as a breakfast treat. They have a texture and flavour like string beans. The fruits or leaves can be boiled, used raw, or blended with fruit juice, cooked in a frying pan, and used as a side dish with chicken, or added to tacos. Jams and jellies are produced from the fruit, which resemble strawberries and figs in colour and flavour. In Sicily, a prickly pear-flavoured liqueur called ficodi is produced, flavoured somewhat like a medicinal aperitif.
Benefits of eating prickly pear fruit:

The Fico d’India Dell’Etna DOP prickly pear has an ovoid shape and a juicy flesh with numerous woody seeds and grows on large plants, reaching even 5 metres. The taste is typically sweet and tropical. The colour depends on the variety – Sanguigna, with red and juicy flesh with full-bodied taste; Sulfarina, with yellow flesh, firm and tasty and Muscaredda, with white flesh with a very delicate flavour. The fruit is valuable for its water content in an arid environment, containing about 85% water as a water source for wildlife.
Grown in the foothills of Etna in Sicily, it boasts ancient origins. The experience of the local farmers, acquired from generation to generation, has determined the conditions for its cultivation and it is part of the cultural heritage of the volcanic Etna area. Typically, the fruit is eaten fresh, in fruit salad, salads., ice cream. It is also used for jams and liqueurs, with its extracts used in cosmetics for creams and shampoo. 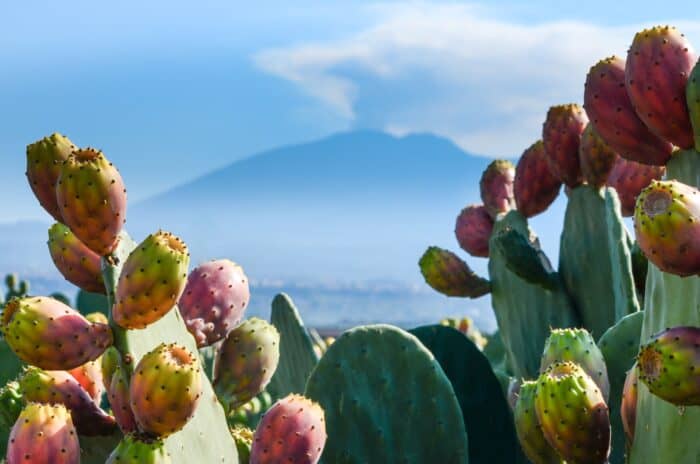 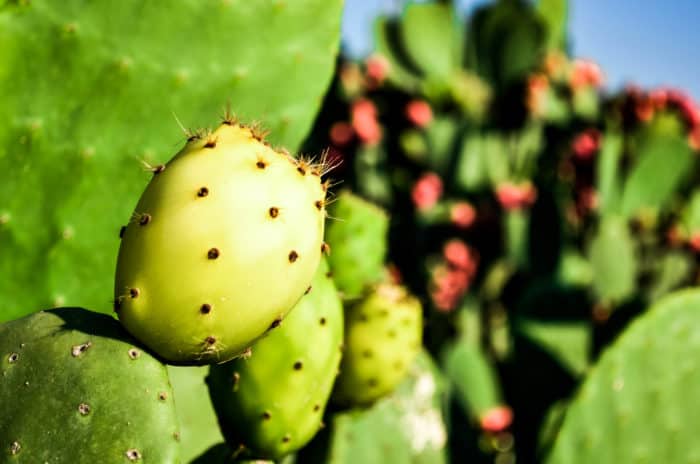 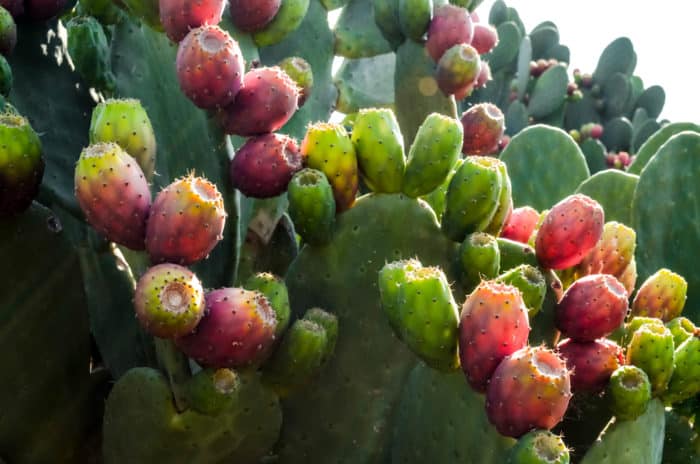 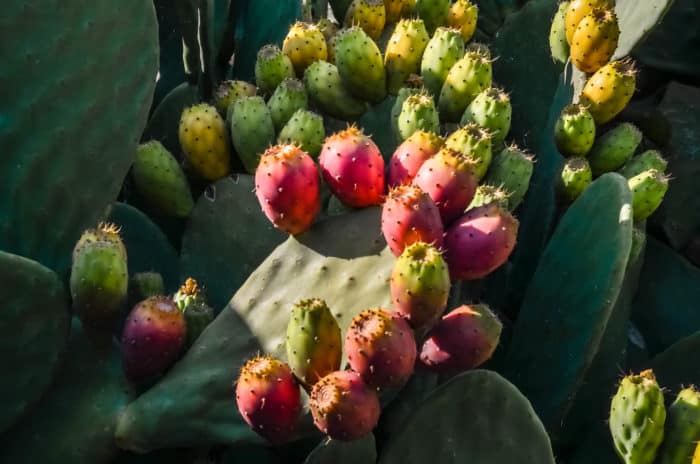 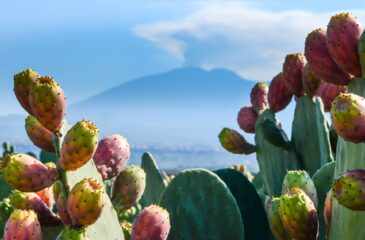 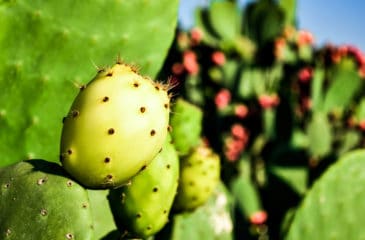 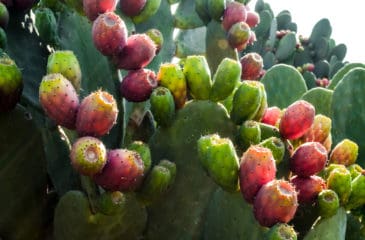 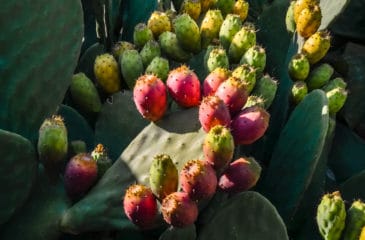 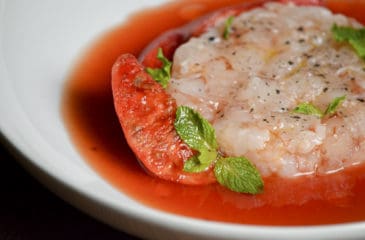 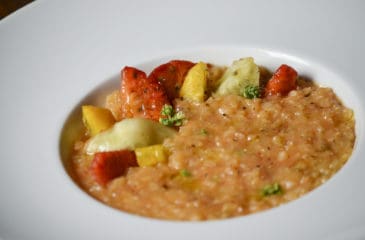