I Love Fruit And Veg From Europe > Products > AUBERGINE (EGGPLANT)

The aubergine is a fruit typically used as a vegetable originating from Asia.

Introduced to Sicily in the fifteenth century, it is one of the most cultivated vegetables in Italy; about 250,000 tons are produced each year.

However, until the 7th century, it was not known in Europe, but brought to the Iberian Peninsula by the Arab conquerors.

Even the Arabs had discovered the aubergine from elsewhere, probably Persia, where it had come from Northern India.

Some believe that it has been cultivated in China since before Christ.

There are numerous varieties of aubergines, although the round and oval ones are the most popular of all:

Aubergines are used for starters, main dishes and side dishes – famous especially for the Neapolitan Parmigiana, which layers fried (or baked) aubergine slices, with savoury tomato sauce and mozzarella, topping it all off with a flurry of parmesan cheese, then baked until it is bubbly, tender, and smells irresistible.

It truly is one of the most classic aubergine dishes, beloved in Italy and also throughout the rest of the world.

And a dessert of layered aubergine, with sugar, chocolate, candied fruit is also made in the Naples area – as odd as it sounds, it’s wonderful.

When raw, aubergine can have a bitter taste and astringent quality, but when cooked, it becomes tender and develops a rich, complex flavour.

Often rinsing, draining, and salting the sliced fruit before cooking is recommended to remove the bitterness; it depends upon the type of aubergine.

Also, treating an aubergine like this helps keep the aubergine’ from absorbing too much oil, and helps keep its texture silky.

The fruit has the ability to absorb the tasty oils and sauces it cooks with, making it incredibly versatile in the way it’s served and enjoyed. 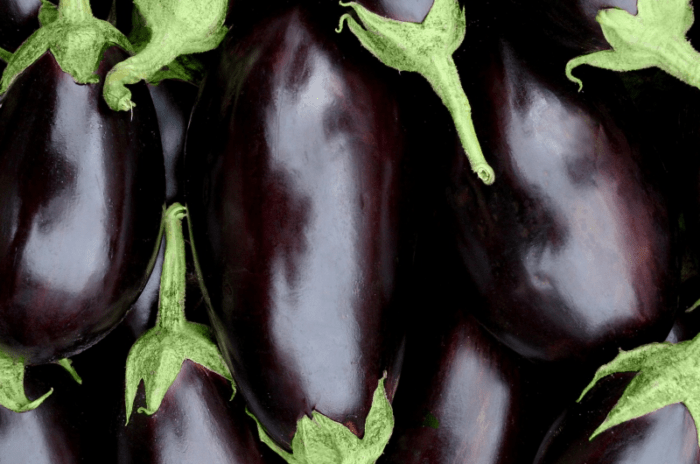 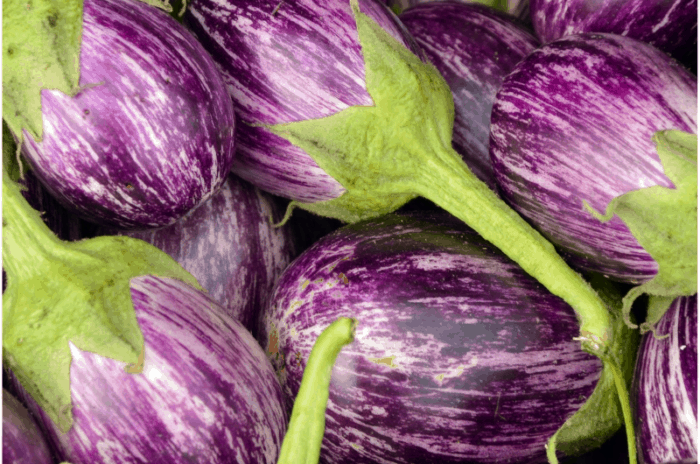 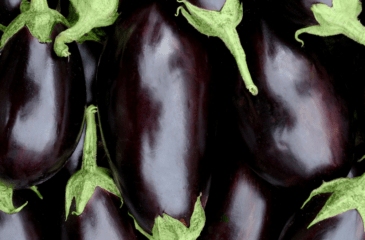 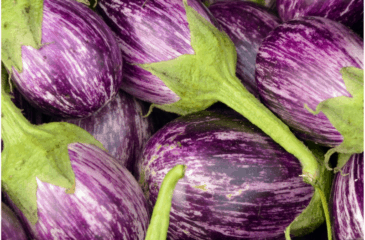 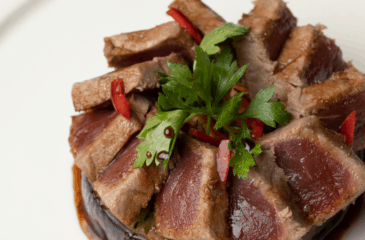 AUBERGINE STEAKS WITH SEARED TUNA IN MUST DRESSING

The aubergine is a fruit typically used as a vegetable originating from Asia. Introduced to Sicily in the fifteenth...

AUBERGINE STEAKS WITH SEARED TUNA IN MUST DRESSING

The aubergine is a fruit typically used as a vegetable originating from Asia. Introduced to Sicily in the fifteenth...