I Love Fruit And Veg From Europe > Products > GLOBE ARTICHOKE

The globe artichoke (Cynara cardunculus var. scolymus) is a variety of a species of thistle cultivated as a food. The edible portion of the plant consists of the flower buds before the flowers come into bloom. The budding artichoke flower-head is a cluster of many budding small flowers (an inflorescence), together with many bracts, on an edible base. Another variety of the same species is the cardoon, a perennial plant native to the Mediterranean region, which has the appearance of a hearty celery, with a flavour reminiscent of artichokes.

The edible portions of the buds consist primarily of the fleshy lower portions of the involucral bracts and the base, known as the heart; the mass of immature florets in the centre of the bud is called the choke or beard. These are inedible in older, larger flowers.

This plant originated in the Mediterranean and has been used for centuries for its potential medicinal properties. Artichokes are low in fat while rich in fibre, vitamins, minerals, and antioxidants. Particularly high in folate and vitamins C and K, they also supply important minerals, such as magnesium, phosphorus, potassium, and iron.

One medium artichoke contains almost 7 grams of fibre, which is a whopping 23–28% of the reference daily intake.  The total antioxidant capacity of artichoke flower heads is one of the highest reported for vegetables. Cynarine is a chemical constituent in Cynara. The majority of the cynarine found in artichoke is located in the pulp of the leaves, though dried leaves and stems of artichoke also contain it.

Artichoke and its uses

They may be simply boiled or steamed until tender, their leaves removed and eaten one at a time by scraping one’s teeth against the fleshly base of the leaf; dipping into vinaigrette, hollandaise, vinegar, melted butter, mayonnaise, aioli, lemon juice, or other sauces is part of the delight. The heart is eaten when the inedible choke has been peeled away from the base and discarded. The thin leaves covering the choke are edible, though sometimes they might be cut or spooned away, if desired. Enjoy this tender morsel of artichoke flesh with more sauce, and savour its unique flavour.

There are many traditional recipes in Italy, such as the braised artichokes of Rome, carciofi alla romana, or Jewish-style artichokes, which are deep-fried whole, flattened artichokes, the outside crisp and crunchy from the frying. Then there are the stuffed artichoke dishes—eat each leaf with a bite of the stuffing, Artichokes, pared down to their heart and tender leaves, are delicious in stews, braised, pasta dishes, pizza! When tender, the pared down artichokes may be eaten raw, thinly sliced as a salad, and their hearts can be preserved in olive oil.

Artichokes can be made into an herbal tea, but their most famous use in a drink is as the prime botanical ingredient of the Italian aperitif Cynar. Bitter, sweet, and bracing, it can be served over ice, or as a cocktail mixed with orange juice; I like it in a negroni.

The Carciofo di Paestum IGP (Paestum artichoke) is grown within the province of Salerno in the Campania region, where it thrives in the microclimate of the area, a typically Mediterranean climate characterized by mild and rainy winters and hot-dry summers, which has favoured the strong presence of the crop since time immemorial. The rounded appearance of its flower heads, their compactness, the absence of thorns and its early ripening are its main characteristics. The cool and rainy climate during the long production period (February-May), typical of this area, gives the Carciofo di Paestum IGP its characteristic tenderness and delicate flavour so much appreciated by consumers and used in many artichoke-based dishes that characterize the local cuisine. 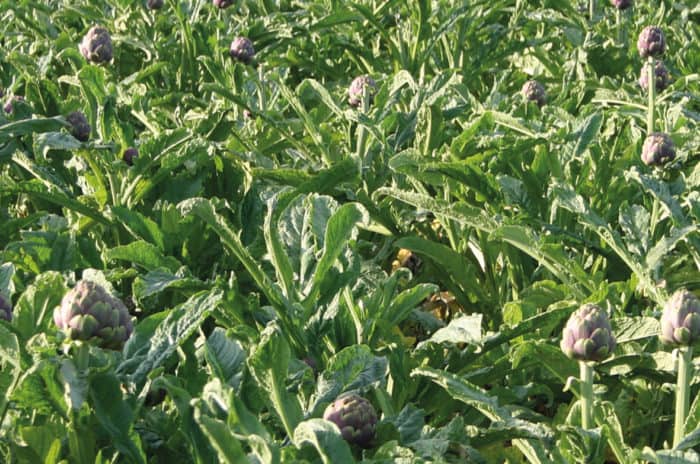 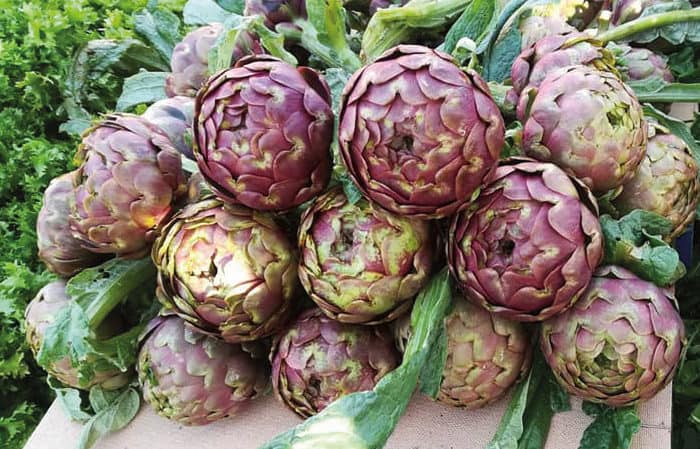 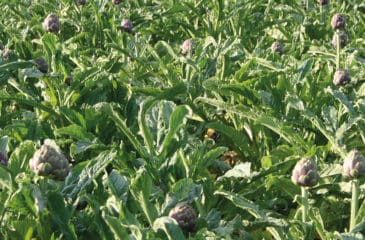 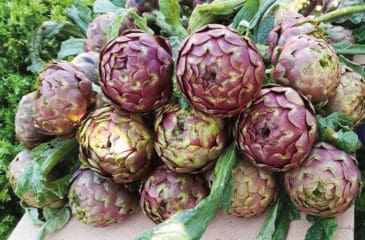 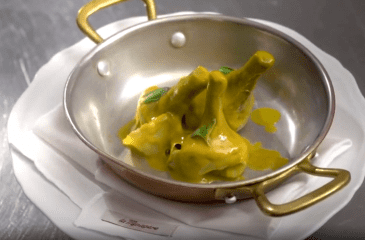 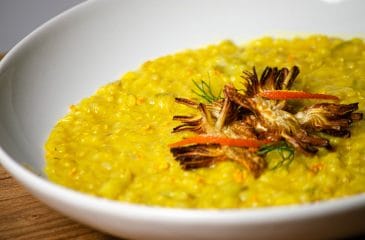