Everone’s crazy about onions: one of the most versatile and used ingredients in cuisines from all over the world

I Love Fruit And Veg From Europe > News > News > Everone’s crazy about onions: one of the most versatile and used ingredients in cuisines from all over the world

This is really one of the healthiest vegetables, a base for a thousand recipes, and is also great in environmentally-friendly, home-made skin-care cosmetics.

Over 5,000 years old, full of flavour, the onion is a natural antibiotic and an essential ingredient for cuisines from around the world: December welcomes the super star onion!

One of the tastiest vegetables, its scientific name is Allium Cepa and it is a herbaceous plant, part of the Amaryllidaceae family, which also includes garlic, shallots and leeks.

Given its many virtues, the “I love fruit & veg from Europe” project promotes its use: its benefits should be valued.

Onions are made up mostly of water and boast a very low calorie intake, only 26 calories per 100 grams.

So they are super recommended in diets to lose weight or to detoxify the body, preferably eaten raw, perhaps as an ingredient in a tasty mixed salad.

They are so good for you because they are rich in fibre, vitamin C and vitamin B6, calcium, chromium, phosphorus, potassium and sulphur.

Obviously, as happens with garlic, its beneficial virtues closely depend on how onion is cooked and stored.

Ideally you should eat onion raw, but not everyone likes its pungent flavour so it’s best just to cook it a little, perhaps letting it soften in a little water or braise with water and a drizzle of extra virgin olive oil.

The therapeutic virtues of the onion go back to ancient times.

It was in fact one of the most used natural remedies in folk medicine. Onion was used to prepare compresses at home to combat hair loss, use for cough syrups and even left it raw on the nightstand next to the bed to find relief from a cold.

The ancient Egyptians loved it. Legend has it that the onion, together with the radish, was the basis of the diet of the workers who built the pyramids.

It was considered a votive offering for the deities and believed that the concentric circles of the bulb represented eternal life.

It was so appreciated that it was stored as provisions for the journey to the beyond in the tombs of the Pharaohs.

In ancient Greece, athletes ate it above all and in ancient Rome the gladiators used it, apparently to swell their muscles.

Pliny the Elder, in his Naturalis Historia, cited the red onion, extolling its healing properties for a series of ailments such as ulcers, dysentery and wounds caused by snake bites.

In nature we find different varieties of onion that differ in flavour, colour, shape: they can be red, golden and white.

The bulbs can be harvested before ripening: meaning we can buy spring onions and green onions with a slightly more delicate flavour.

They are used for many recipes from appetizers to desserts, but also widely used in beauty treatments.

How can you take care of your face and hair naturally?

You can make homemade cosmetics such as lightening or anti-aging creams and remedies to combat dreaded hair loss.

Here’s how to help patchy skin marks: slice an onion and blend it to obtain a creamy mixture.

Add two tablespoons of apple cider vinegar and apply it to your face for 20 minutes.

Include this in your beauty routine once a week.

To rejuvenate your face, just add a little olive oil to pureed onion and apply for 15 minutes, mix onion and honey instead to make your hair brighter.

Let’s go to the kitchen to prepare a wonderful onion jam to accompany tasty mature or even spicy cheeses.

Slice 1 kg of onions and cook them in a pan with 200 grams of brown sugar.

Add 2 tablespoons of wine vinegar and aromas such as bay leaves and cloves.

Let it cook until it reaches the right consistency.

How do you peel an onion without crying?

Onions are healthy and versatile, lending themselves to many recipes, but they have only one flaw, they can cause stinging eyes and uncontrollable tears when we peel and slice them.

One of the remedies suggested by our grandmothers is to cut the onion in half keeping it away from the face and rinse it over and over again under cold water, so as to eliminate the annoying compound – that is soluble in water – or to leave the cut onion in a bowl of cold water for at least 30 minutes, so as to slow down the action of the enzymes responsible for the source of the irritation.

Your eyes will only tend to be a little sensitive, but not to sting.

Why do onions make us cry?

During their ripening, onions tend to absorb sulfur and so, as soon as they are cut, they release gases and a substance called “alliinase”, which cause immediate discomfort to the eyes.

So, the tears are nothing more than a defence mechanism put in place by our body to combat these foreign substances. 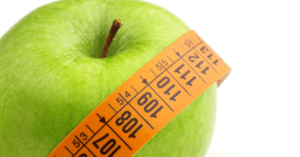 The Ten Commandments of the “I love fruit and veg from Europe” programme to get back into shape after the holidays, with naturally-flavoured water, dried fruit, dark chocolate and tempting salads

Ten useful tips to lose those extra pounds without too many sacrifices. Eating more fruit or vegetable snacks during...

Ring the changes this holiday season: try these recipes from “I love fruit and veg from Europe”

Have a gourmet Christmas and New Year with creative recipes and fresh fuit and vegetables in every dish a...