I Love Fruit And Veg From Europe > Products > CAULIFLOWER

The cauliflower, originally from the Middle East, is one of several vegetables in the species Brassica oleracea which is in the Brassicaceae family.

Typically, only the head is eaten – the edible white flesh which is some varieties has a different colour – purple or green, though recently chefs and food writers have been cooking the tender edible leaves to great delight.

Its name derives from the Latin caulis (cauli) and floris (flower) and has been grown and eaten in Italy since Roman times.  Cauliflower is grown in many Italian regions: Campania, Marche, Puglia, Lazio, Tuscany, Lombardy, Piemonte and Veneto.

Cauliflower is super versatile, and can be eaten boiled, fried, roasted, steamed or raw—great in soups, side dishes or salads.

A trendy way of serving cauliflower is roasted whole, basted with spiced butter, and served with tahina sauce, or a salsa verde; similarly, it may be cut into “steaks” and grilled.

One of its most popular preparations recently, has been finely chopped, raw, then cooked as for rice or tabouleh, or as a base for pizza, making it the champion of low carb diets.

It’s wonderful as a vegetarian or vegan main course, because it is hearty, but needs no meat to make it satisfying.

It has a high content of vitamin C (58% DV) and moderate levels of several B vitamins and vitamin K. 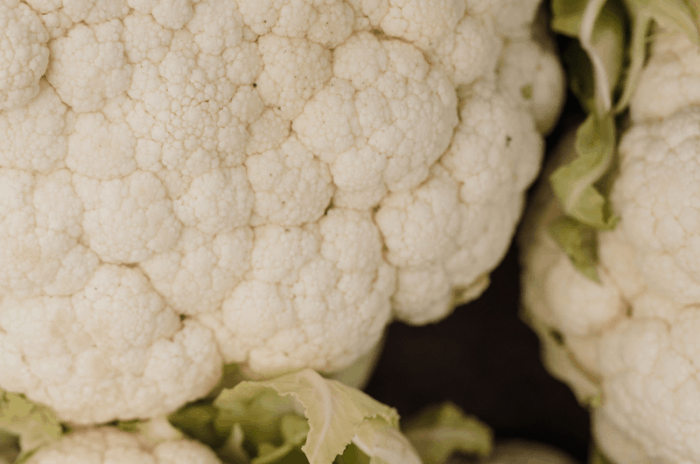 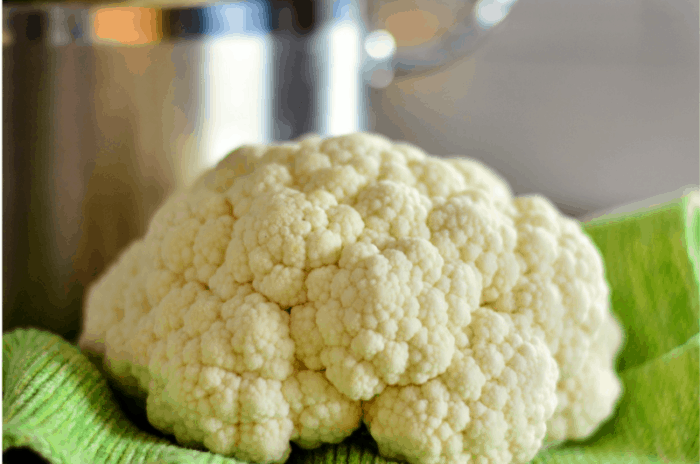 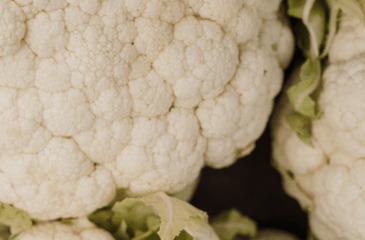 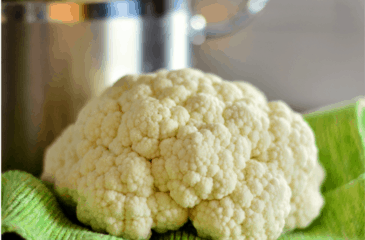