Slice off the ends of the asparagus spears; and then using a vegetable peeler, scrape gently a small amount of the skin from the larger parts of the stems.

Don’t peel away too much of the asparagus, just a few thin shavings evenly around the larger end of the spears.

Score the chicken breasts on both sides then gently pound until d slightly and form a somewhat even thickness.

Season to taste on both sides, then toss in the flour.

Heat the olive oil in a heavy frying pan, then add the chicken breasts, cooking until golden on both sides.

Add the capers while the chicken breasts are cooking and continue until the chicken is almost cooked through.

Once chicken is removed from the pan, add the white wine and lemon zest, and cook over medium heat until mixture is reduced by about half.

Add the chicken stock and cook together, stirring until liquid has evaporated by about half and intensified in flavour.

Add the lemon juice, return chicken breasts to the pan, top with the asparagus spears, place a lid on top and cook over medium heat for a few minutes, or until the chicken and asparagus is cooked through.

Raise heat until liquid, add cream, and cook together until it forms a rich creamy sauce, a minute or two.

Season to taste then pour over the chicken and asparagus and garnish with the lemon slices and basil.

Cooks Tip: Why not try the lemony sauce and asparagus with pan roasted cod instead of chicken? Cook the cod as for the chicken, but the cod will only need a few minutes to cook. 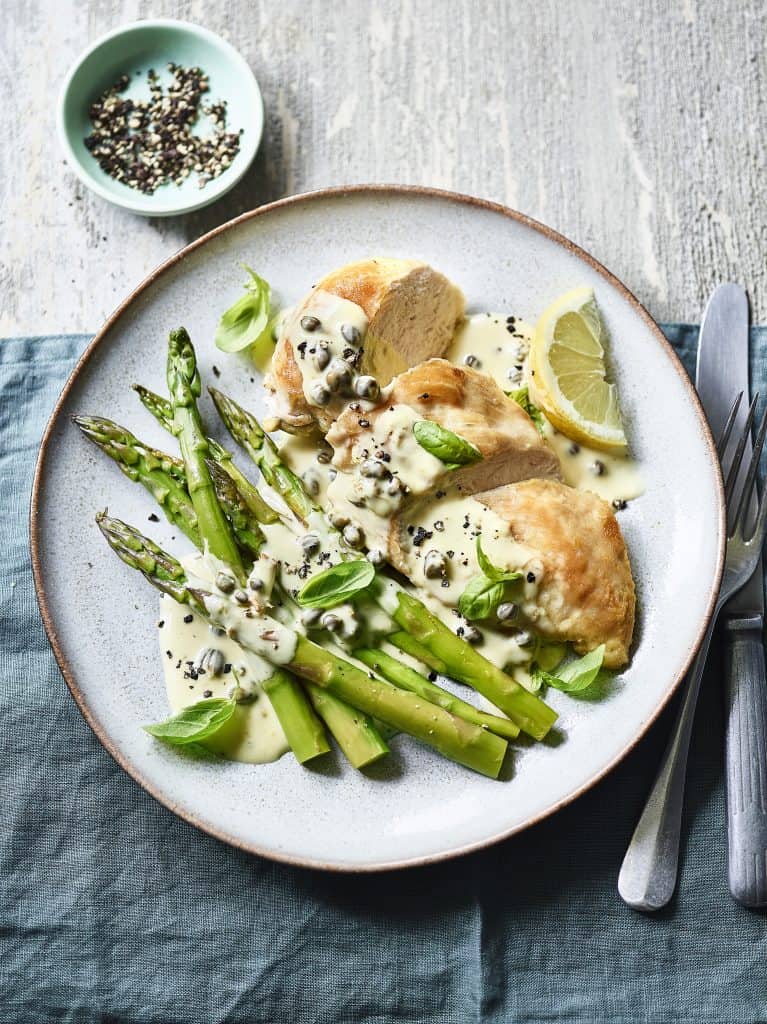