I Love Fruit And Veg From Europe > Products > PEPPERS

Peppers are the fruits of Capsicum annuum, a plant belonging to the Solanaceae family. The pepper plant has green and glossy leaves and white flowers; the pepper itself is the fruit. When growing, they start green, and as they ripen become pigmented with yellow or red according to the variety. Peppers can be classified according to their spiciness (spicy and sweet) and shape (which includes size).

Native to South America, the cultivation of peppers is widespread throughout the world. According to botanical research, their cultivation as food began in what is now Brazil.

Records show that Christopher Columbus discovered the first hot peppers on an island in the Caribbean, and was first to bring them to Europe.

These first varieties of peppers, cultivated in Europe, were very spicy (and Europe had never tasted hot chili peppers before). Therefore, it was not immediately a popular vegetable. Later, in the early twentieth century, sweeter, milder, pepper varieties were developed.

Peppers are harvested in Italy in the last week of July or early August, when the peppers are still green (ideal for preserving such as in brine or in olive oil); generally, they are eaten raw once they are ripe, a favourite for a crisp vegetable and dip appetizer of crudités. They are also beloved roasted and peeled, eaten in salads or marinated, or braised with meats, poultry, fish or other vegetables of the season.
Peppers that finish ripening on the plant are used dry, paprika or dried chilli.

Red, green, yellow … peppers add an almost rambunctious splash of colours to any table, from appetizers such as filled with crumbs, garlic and anchovies then baked, to pastas or soups, or in side dishes, savoury pies—say, combined with ricotta, or as a delicious topping for pizza. The red ones are so sweet, that they make a tasty and healthy snack, eaten as you would, say, an apple.

If their tastiness and vibrant colour weren’t enough, red, yellow and orange peppers are excellent sources of vitamins A and C, potassium, folic acid, and fibre.

The friggitello (plural friggitelli) is a sweet Italian chili pepper of the species Capsicum annuum, also known as the Golden Greek pepper. They are mild and sweet with a slight heat and a hint of bitterness, and are sometimes pickled and sold in jars. A typical vegetable in Southern Italy, especially Campania Region, they are picked in the summer when still green before they are mature. Their name comes from the way they are cooked traditionally, that is fried, but they can also be eaten raw, chopped on salads. They are often served as a side dish, accompanying meat or fish. 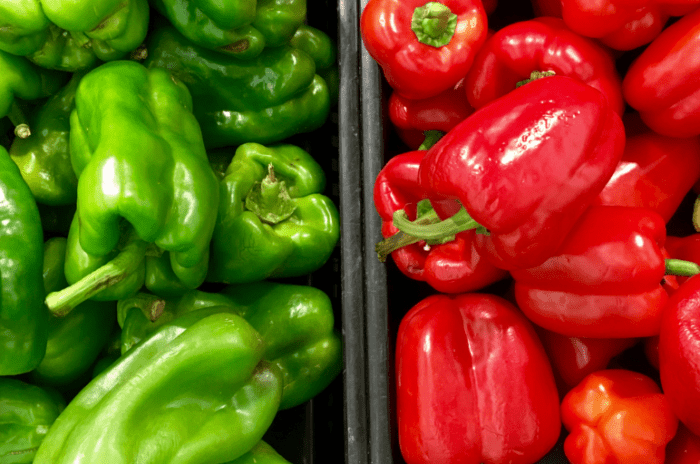 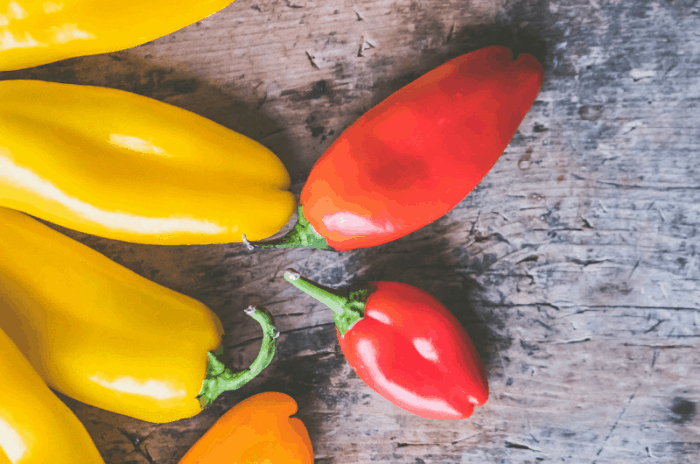 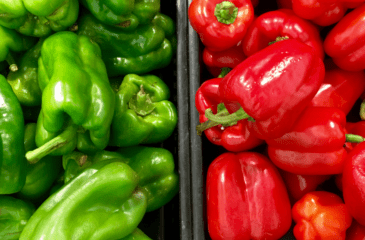 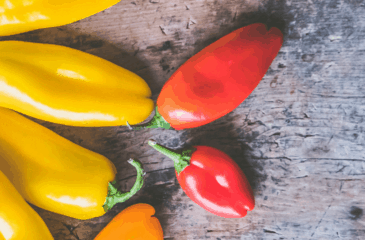